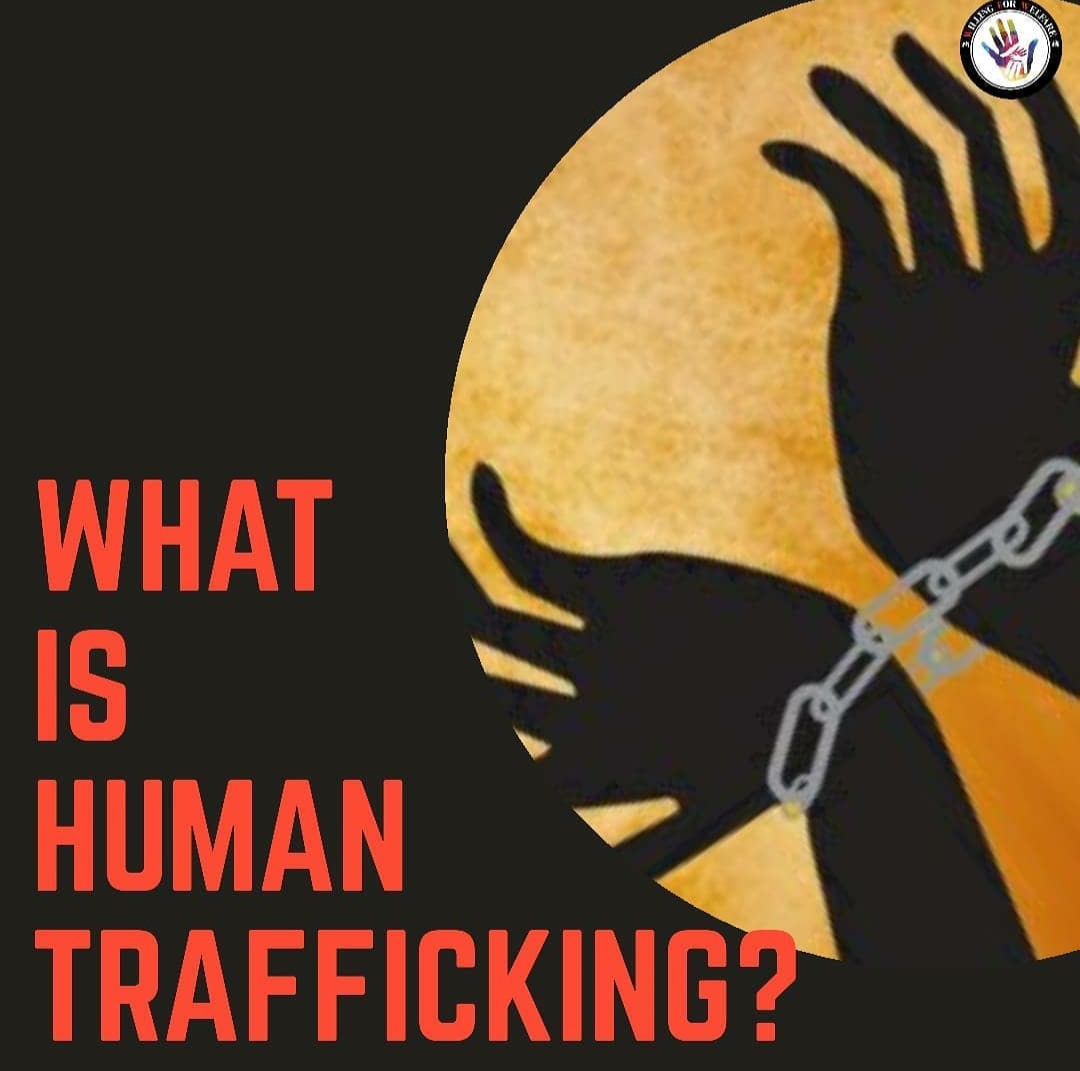 Human trafficking, also called trafficking in person is nothing but modern day slavery.

It involves illegally transportation of individuals by force or deception for the purpose of forced labour, sexual slavery or commercial sexual exploitation for the traffickers. It is the business of stealing human rights and freedoms for profit.

It is a trade in people especially women and children for their body parts, child labour, prostitution and forced marriage.

It is a multi billion dollars criminal industry that denies freedom to 24.9 million people around the world. Human trafficking is condemned as violation of human rights by International conventions.

1. It is estimated that 2.4 million people throughout the world are lured into forced labour as a result of human trafficking at any given time.

2. Women and girls account for about 80% of the detected victims. Child trafficking accounts for about 15-20% of the victims.

3. Sexual exploitation accounts for about 80% of the detected cases. Experts believe trafficking in persons for forced labour is greatly under-detected or that it is mostly prosecuted under other offences.

4. In 30% of the countries where the gender of the offender was known, more women were convicted for human trafficking related offences than men. (UNODC, 2009)

5. The United Nations estimates the total market value of illicit human trafficking at US$32 billion.

SOME STORIES OF HUMAN TRAFFICKING FROM AROUND THE WORLD

• Slave Market in Libya
Migrants travelling from Europe to Libya are profitable source of income for criminal organization. Migrants are often kidnapped by armed groups and then sold to other smugglers. The captives are subject to violence and rape and often need to pay ransom to get out.

• Sex trafficking in San Francisco
Two women from Korea are brought into San Francisco under the pretense that they will recieve jobs as hostesses or waitresses. When they arrived, they wererre held captive and forced into prostitution while their captors controlled all the money they received.

• Forced Labour in Nepal
A family gives up a child to an adoption agent in Nepal who in turn sales the baby to a sweet shop owner. The child was forced to see garments and lacked nutrition and education.

• Bacha Bazi – Dancing Boys of Afghanistan
In Afghanistan, one form of human trafficking that targets especially underage boys is the practice of making young boys dress in feminine clothes and forcing them to entertain older men. Men are often using boys as entertainers at parties, making the boys dance for them. The tradition is often linked to sexual abuse.

1)Human trafficking is a heinous crime which is happening under the covers in all the parts of the world. There is a dire need to spread awareness of human trafficking through television, raising awareness programmes and teaching the uneducated and educated about modern day slavery.

2) The most important thing is to learn the indicators of human trafficking. Human trafficking awareness training is available for individuals, businesses, educators and federal employees.

3) We as individuals of society can help the survivors by donating thibgs of fundamental importance, fundraising, volunteer for NGO’s such as Prajwala.

4) Always report suspicions in the emergency number of the given country. Do not hesitate to report trafficking in India on national helpline childline 1098.

Together we can Prevent Trafficking, Protect Victims and Prosecute the Traffickers.