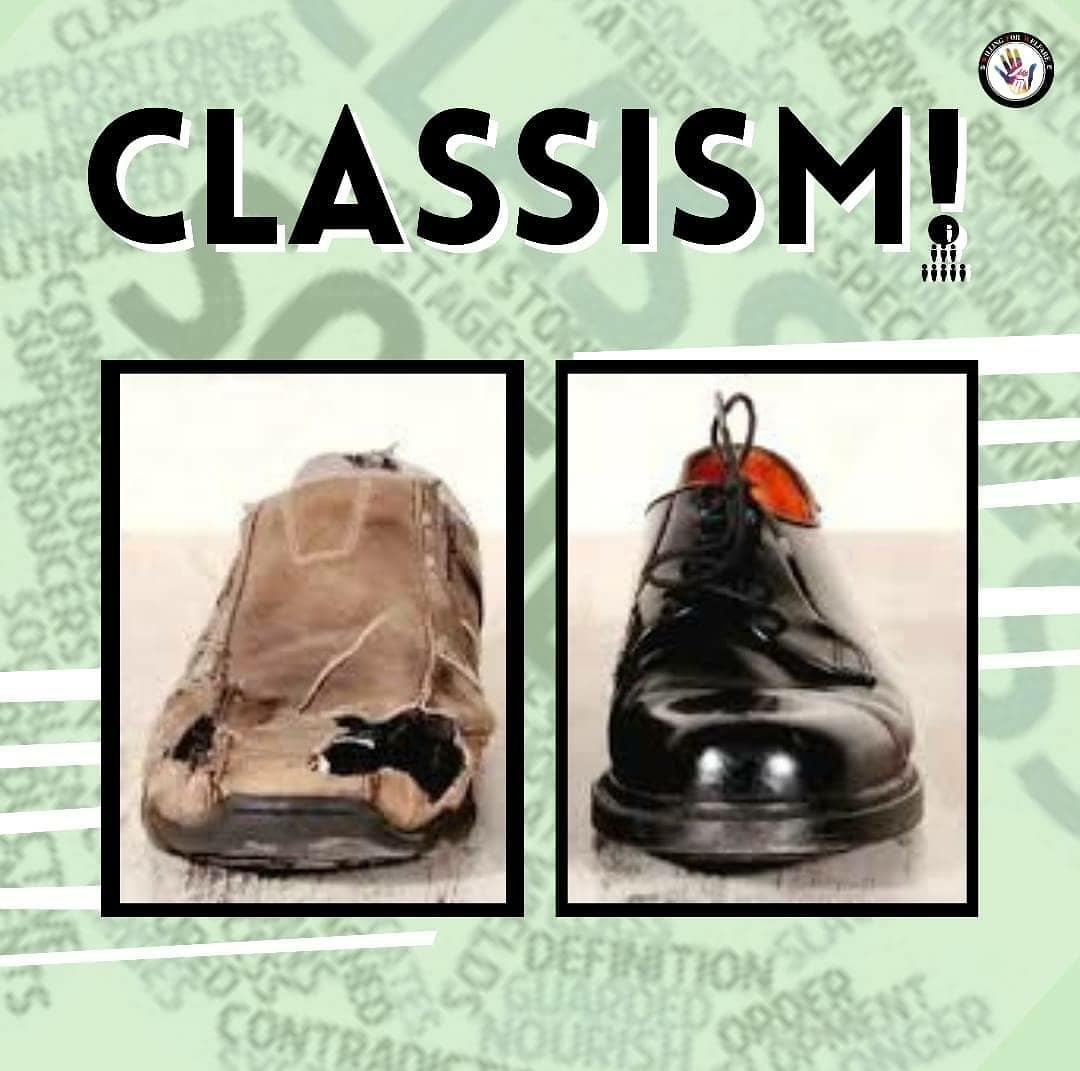 It includes:
1. individual attitudes and behaviors
2. systems of policies and practices that are set up to benefit the upper classes at the expense of the lower classes, resulting in drastic income and wealth inequality
3. the rationale that supports these systems and this unequal valuing
4. the culture that perpetuates them.

Sometimes, people who are poor or working class internalize the society’s destructive beliefs and
attitudes and turn them against themselves and others of their class. These can include:
•feelings of inferiority to higher-class people
•shame about one’s traditional class or ethnic heritage
•superior attitudes toward people lower on the class spectrum, resulting in the conviction that classist institutions, policies, and practices are fair.

People don’t see Classism as a legitimate form of violence because they still believe being poor is indicative of person’s character rather than it being systematic oppression. These are the sometimes hidden injuries and wounds of classism.

SOLUTIONS
Classism is a systemic problem which requires everyone, collectively to put forth efforts to change the destructive power system.

•Education is key to understanding what is unknown and unfamiliar to us
Individual actions:
•Live simply so that others may simply live.
•Build and maintain friendships and relationships across class and race lines. Break out of your “comfort zone.”
•Don’t assume that others have the same level of resources as you do.
•Don’t assume that “everyone can afford.”
•Support the leadership of poor and working class people.
•Don’t make assumptions about people’s intelligence
based on their appearance.