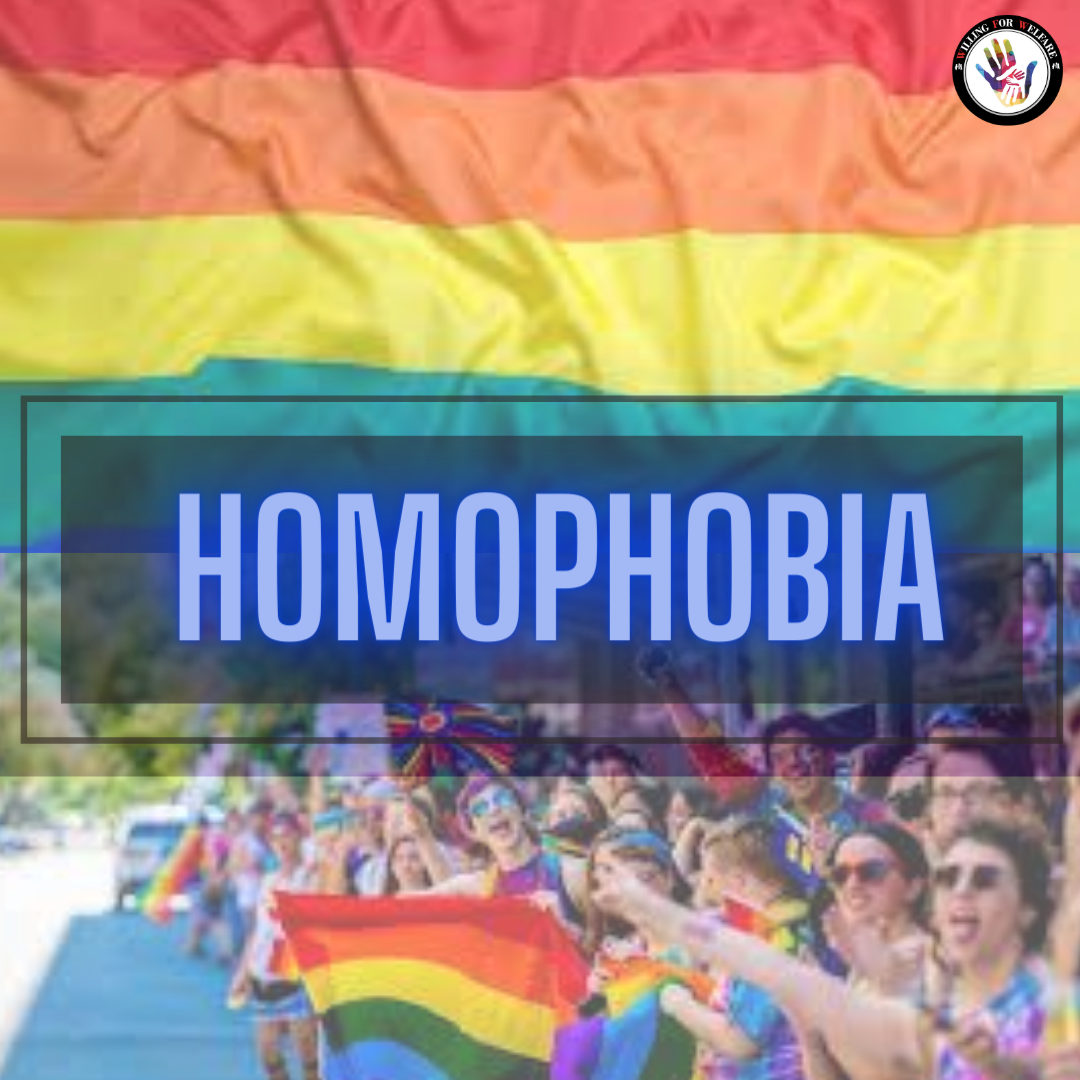 It takes many different forms, including negative attitudes and beliefs about, aversion to, or prejudice against bisexual, lesbian, and gay people. It is often based in irrational fear and misunderstanding.

People may use mean language and name-calling when they talk about lesbian and gay people.

Homophobia, stigma (negative and usually unfair beliefs), and discrimination (unfairly treating a person or group of people) against gay, bisexual, lesbian still exist in the country and can negatively affect the health and well-being of this community.

Often people use negative or offensive language to describe them.

It is high time people should accept this community and treat them equally without any discrimination.

What you can do is not believe in stereotypes, educate yourself, be vocal supporter and respect LGBTQ+ community!